Why It’s Okay to Have Student Loan Debt 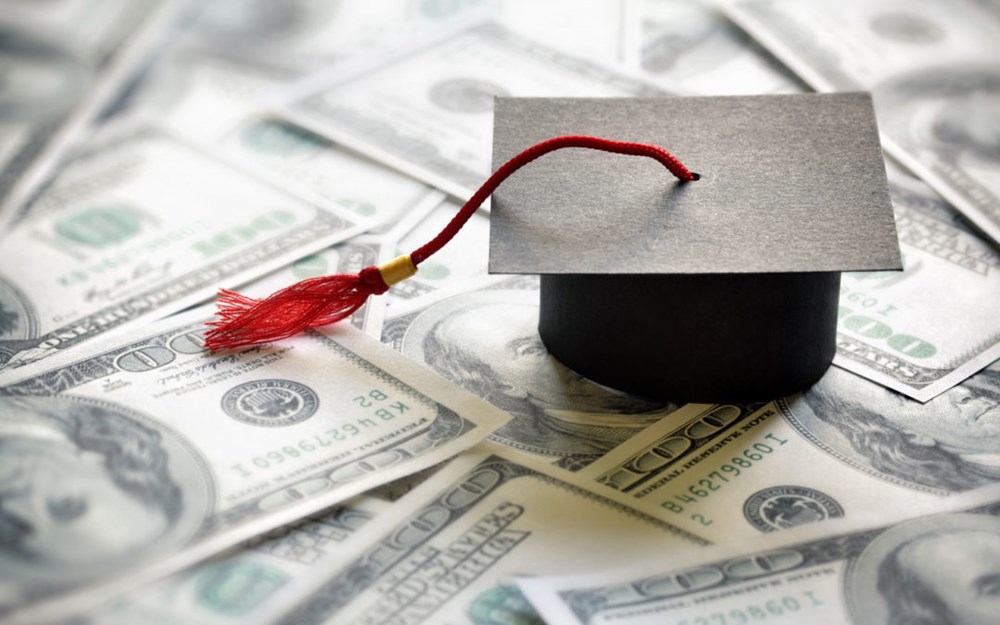 College debt has been on my mind a lot lately, which isn’t too surprising since student loan debt is a hot topic in the media. There was $1.2 trillion in student loan debt at the end of last year, or so I’m told by the Federal Reserve Bank of New York. I confess, I haven’t actually counted it myself.

Another reason student loan debt could be top of mind is that its impact on the housing industry is a topic I am asked to speak on by MGIC customers who visit our Mortgage Speakers Bureau. Another popular topic is millennials who owe a fair amount of the student loan debt.

However, neither of those is the reason student loan debt has occupied my mind so much lately. It is much more personal.

Is There a Student Loan Debt Crisis?

The Bureau of Labor Statistics points this out for us in the following chart: 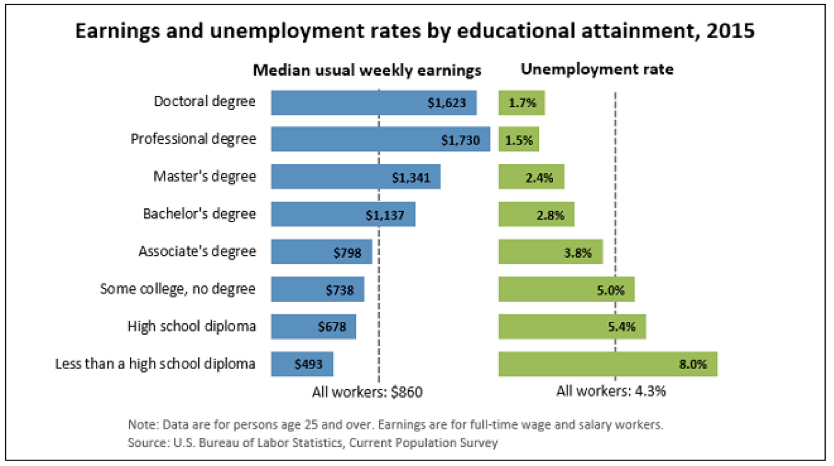 While being employed and making more is one side of the equation, there is still the debt side to consider. Let’s look closer at the $1.2 trillion figure.

Elvery also states that while balances have risen sharply, the average payment increase during the same period was less severe at just 50%.

Of course that is a considerable amount to pay each month. However, we also need to go back and factor in how much more a college graduate makes each month. Elvery states that in 2014, labor force participants between the ages 20 to 30 with some college education earned on average $750 more than those in the same age range who had obtained only a high school degree.

Going to college is an investment in you — with a financial rate of return of about 15%.

Again, going to college is an investment in you. One that Akers demonstrates has a financial rate of return of about 15%. (Side note: Akers’ book Game of Loans just came out and is an in-depth look at the student loan debt issue.)

None of this is to say student loan debt is not a problem for some. For some maybe even a crisis, to use hyperbole.

However, when it comes to its impact on housing, the group for whom it is the most difficult is students who took on debt but did not reap the benefit of obtaining the college degree.

Those who earned their degree and borrowed for college (and in fact may even still have student loan debt) are more likely to have recently obtained a mortgage, than those who did not. The charts below illustrate this further.

Am I happy my daughter will most likely end college with some student loan debt? Of course not. But to be honest, I’m not happy to have a mortgage either. Nevertheless, I’m willing to take on that debt for the enjoyment of the home I live in, as well as the investment in my future as I pay the mortgage down.

Student loan debt is similar. You are taking on debt in order to invest in your future and enjoy pursuing your passion and development of your future self. Watching my daughter do that makes me very happy.