March 2022: What do mortgage experts think about current market conditions? 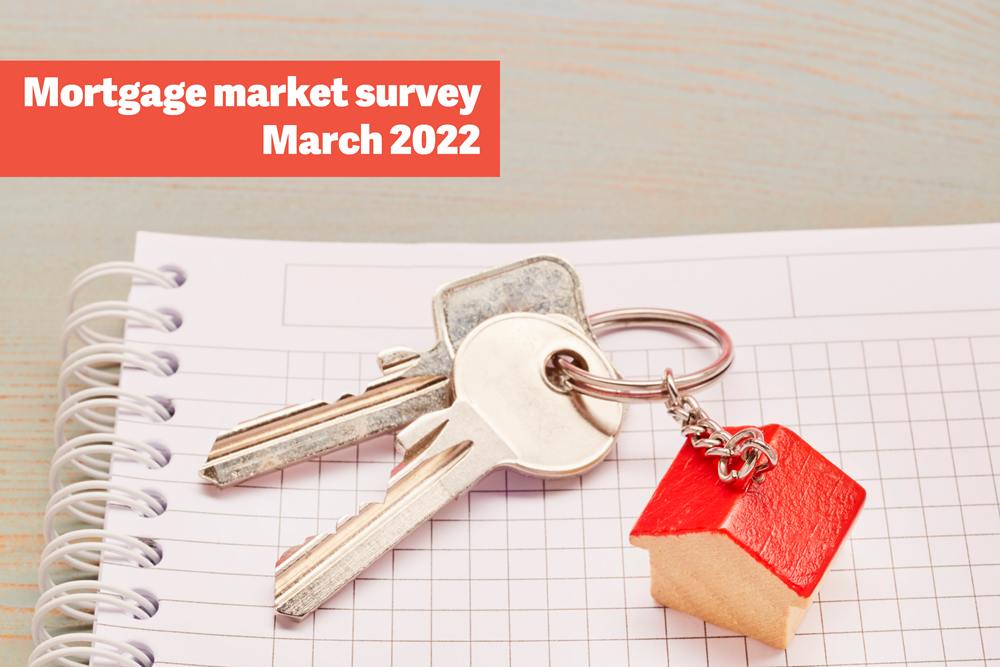 The steep run-up in interest rates, especially mortgage rates, since the start of 2022 prompted me to call 20 members of my panel of experts to ascertain how the sharp increase was affecting different elements of their businesses. I spoke with 17 members of the panel during the first week in March.

In advance of the calls I prepared a 10-question survey. The 17 individuals I spoke with are all senior executives at 17 different mortgage companies. Included among those surveyed were 2 former MBA chairpersons and an SVP at the firm of a third former chairman. The other shared characteristics among the 17 were MBA membership and industry veterans of 20 years or more.

The executives I surveyed were from 9 IMBs and 8 banks. Both groups were divided in size by production volume. Each of the 17 was classified as small, medium or large based on their 2020 agency volumes, and an equal number were represented in each size group.

Here is the survey questionnaire with the tallied responses from the 17 executives.

The purpose of the survey is to provide a peek at the mortgage banking industry’s situation as of mid-quarter. The findings are as follows:

In sum, this survey suggests that the mortgage industry is in for a challenging year due to reduced production volumes and extant excess capacity across the industry. That, of course, results in weaker profits, which requires expert expense management and quick right-sizing to fit changing production volumes. All of this is more pronounced given the industry’s record profitability the past 2 years. For many the objective is and will remain to protect profits. For some, especially those who mostly refinanced borrowers, the gig is up and doors will close. For others, the goal will be to right-size and/or sell or merge with a larger lender, especially with firms that are well capitalized.

History suggests there will be fewer mortgage lenders in 2023.

The opinions and insights expressed in this blog are solely those of its author, Tom LaMalfa, and do not necessarily represent the views of either Mortgage Guaranty Insurance Corporation or any of its parent, affiliates, or subsidiaries (collectively, “MGIC”). Neither MGIC nor any of its officers, directors, employees or agents makes any representations or warranties of any kind regarding the soundness, reliability, accuracy or completeness of any opinion, insight, recommendation, data, or other information contained in this blog, or its suitability for any intended purpose. Tom LaMalfa is a 40-plus-year veteran mortgage-market analyst and researcher. He has done pioneering work in the areas of secondary markets, wholesale mortgage banking, mortgage brokerages, financial benchmarking and GSE reform. He may be reached by e-mail at Tom.LaMalfa@gmail.com.

Great questions and comments Tom for the industry to ponder. We are certainly returning to a more normal cycle with reduced volume and margins in the 4th QTR 21 and 1st QTR 22 and all the challenges that involves. After back to back two $4T Years it certainly presents "fresh" challenges. It will also be interesting to see how the remote work/Hybrid schedules play out as the year unfolds too. Thanks again for the insight.

What is your outlook with regards to rising interest rates and how they impact borrowers lending affordability? We have seen high interest rates before but never combined with this level of house prices. In Michigan for example, the average home price in 2021 was just over $200.000. The monthly payment on a $200,000 30 year mortgage at 5% compared to the same loan and term at 8% is $400 more per month. Real wages will not keep up with mortgage payments especially for first time buyers.